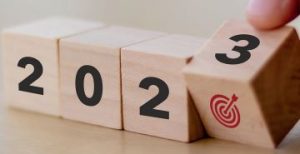 At this time of year, it’s common to come across various tips on how to set and achieve goals. After all, many people spend at least some time in December pondering their plans for the new year.

But, do you need to set ambitious goals? Many experts say it may not be necessary.

Say you’d like to run a 10K this spring. If you’re already jogging regularly and doing the occasional “long run,” then you’re already on track to accomplish that feat. You don’t need to put any new plans in place. If you just keep doing what you’re doing, you’ll own that 10K finish line!

However, if you’re not jogging regularly, then 10K is going to be a stretch. You’ll need to put in extra effort, step up your jogging routine, and perhaps even sign up for a 10K training program. In other words, you’ll need to set that ambitious goal and then pull out all the stops to achieve it.

Most people only have the bandwidth for two or three ambitious goals a year. So, it’s important to choose wisely. If you pick a goal that doesn’t require you to change what you’re doing, learn something new, or grow in some way – it’s not really an ambitious goal.

And, research in goal setting indicates that pursuing goals that aren’t much of a stretch can weaken your ability to achieve ambitious goals in other areas.

So, when you’re thinking about your plans for the new year, think of goal setting as a tool, not a necessity. You might need to use that tool. But, then again, you might not.

You need to log in to use member only features.